Call your bannermen….GAME OF THRONES: The Touring Exhibition will make its debut visit to the UK and Ireland at TEC Belfast for a limited run, TBL International announced today.

Designed by GES Events in collaboration with HBO® Global Licensing, the dramatic exhibition combines costumes, authentic props and majestic settings from all seven seasons to create an interactive and immersive Game of Thrones® experience like no other.

The largest ever Game of Thrones® public display will open from 11th April – 1st September 2019, and will be an important part of the show’s incredible legacy in the region.

Located at the TEC Belfast, in the foot print of the legendary Titanic Studios, where much of the series was filmed over a 10-year period, allows fans to authentically immerse themselves in the mythical lands of Westeros and Essos, as well as relive the trials and tribulations of those who struggle for survival in the shadow of the Iron Throne, ahead of the highly anticipated season eight release.

The exhibition will give fans the experience of a lifetime, dropping them into the center of the Seven Kingdoms for an up-close and personal look at the artistry and craftmanship behind the Emmy award-winning series, as well as the opportunity to: 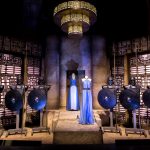 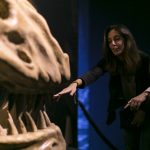 GAME OF THRONES: The Touring Exhibition adds to Northern Ireland’s GAME OF THRONES Territory! It will be operated by TBL International, the management company behind the award-winning Titanic Belfast and SS Nomadic.

Bend the knee…and book tickets for this not-to-be-missed blockbuster!